Over half of mortgage borrowers concerned about renewals 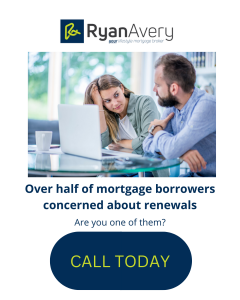 A new survey has found that 53% of Canadian mortgage borrowers are concerned about the prospect of higher monthly payments at renewal time.

However, most respondents (52%) also said they have a plan in place to help deal with any potential payment shock, the RATESDOTCA and BNN Bloomberg survey found.

For those who said they have a plan to deal with higher payments, these are the top actions:

For more than half of those polled (51%), switching lenders isn’t part of their plan when their mortgage comes up for renewal. Another 9% weren’t aware they could switch, the findings revealed.

According to the survey, which was conducted by Leger, 16% of respondents said they don’t need a plan since they expect to be able to easily handle any rise in payments. Another 20% said they have no plan at all.

Fixed-rate borrowers could be in for a payment shock

Borrowers with an adjustable-rate mortgage have already seen their monthly payments soar in tandem with the Bank of Canada’s last six consecutive rate hikes. In just eight months, the Bank has raised its overnight target rate by 350 basis points.

Even many with static-payment variable rates have been having to increase their monthly payments to cover the rising interest portion.

But fixed-rate borrowers, particularly those who secured ultra-low mortgage rates in 2020 and 2021, are expected to see the largest jumps when they renew in the coming years.

With fixed rates now averaging close to 6%, even those renewing today are seeing a substantial rise in payments, according to Ben Rabidoux of Edge Realty Analytics.

Historically, if you look at the interest cost at the time a 5-year fixed-rate mortgage borrower took out their mortgage and compared it to their renewal rate towards the end of their term, most were renewing at a monthly savings of $78 for every $100,000 they originally borrowed, Rabidoux pointed out during a webinar for subscribers.

“Fast-forward to today, and what we’re finding is people who renew at a 5-year fixed rate are now paying, by my math, about $100 more for every $100,000 originally borrowed,” he said. “That’s not a small hit whatsoever.”

Clinton Wilkins of CENTUM Home Lenders Ltd. drew attention to this issue during the broker panel session at the recent National Mortgage Conference in Vancouver.

“I’m concerned about the people that are coming up for renewal the next 12, 18 months who were in those very low, ultra-low rates. The ones that had the 1.49% rate and now have to renew into a 5-point-whatever percent interest rate,” he said.

“Some customers are having a hard time financially, and some customers were really relying on maybe doing a refinance to put themselves in a better financial position,” he added. “Now they can’t because of [falling values].”

If your mortgage renewal is causing you to worry, please reach out and we can work together to develop a strategy that works for your situation.